On April 5, we moved into a house in Fort Worth from our tiny one-bedroom apartment in Grapevine. I wasn’t due until May 3 so we figured that there was plenty of time to get settled into our home. We were supposed to move on Saturday but rain was in the forecast. At the last minute, we decided to move everything on Friday night. Lucky for me, I was pregnant and didn’t have to do any of the heavy lifting. We spent the weekend setting up Violet’s nursery since that was the room I was most excited to decorate.

Fast Forward to Monday, April 8, I had an appointment with my OB for a regular check-in (which was still in Grapevine, 40 minutes from the new house). On the way to the appointment, James and I stopped at Lowe’s to grab a few things for the house. While there, I found the most gorgeous plant that I stuck in the trunk for safekeeping during our appointment. Since we were later in the pregnancy, I had a sonogram. However, this wasn’t anything out of the ordinary. After the sonogram, I went into the room to wait to see my doctor. When the doctor came in, she shared that my water was too low. Apparently, it dropped from an 8 to a 5 in only a week. In order for Violet to stay in, my water level had to be at an 8 so this was dangerous. She asked if I had felt any water or signs of my water breaking and I hadn’t. Right then, she said that Violet wouldn’t be able to stay in any longer and I was going to have to be induced. With panic in my voice, I asked “when?” and she said “today”.

At that point, I started to cry and panic. She assured me that she was confident that my baby would be okay. Luckily, her office was connected to the hospital where I’d be delivering so we walked next door. She ordered for a test to check and see if my water had broke (which came back negative). Neither the doctors nor nurses knew what could have caused this but it seems like I may have had a small leak. They called it a medical mystery.

After that, I was admitted to the hospital and the induction process began. All I could think about was the stupid plant in our trunk and who was going to go take care of our dogs. I was so panicked and not in the right mindset at all. I didn’t even have my hospital bag and my checklist was nowhere near complete. All of my “plans” went down the drain. We called our parents and they immediately came up to the hospital. I sent my mom and her boyfriend to our house to get our bags and James’ mom went to watch our dogs. Since I was an unknown rupture, they put me on penicillin to prevent infection. At around midnight, I started having contractions and was given some pain medication but it didn’t help. When I was dilated to a 2, I went ahead and got the epidural because I couldn’t take it anymore. It took forever for the epidural to be complete. I still had feeling so it kept having to be readjusted. Over and over again as I fought to stay still during each contraction. At 3:30 am, they started me on Pitocin. I was getting really itchy so I was given Benadryl. Luckily, that knocked me out and I got some rest.

At 7 am, they checked my dilation but I was only at a 3. The epidural started to wear off again so it had to be adjusted. At 2pm, I decided to take a nap because everyone kept saying it was going to be a long day. When I woke up at 3 pm, I asked to be checked because I was feeling pressure. Sure enough, I was at a 10 and crowning. They prepared the room right away and my doctor came back. The epidural was wearing off again but it was too late to give me another dose. This ended up working out in my favor because I was able to feel when I had a contraction and needed to push. At around 3:15 pm, I began to push and just 15 minutes later, at 3:31 pm on April 9, 2019, Violet Claire Miller was born weighing 6lbs 1oz. The nurse wrapped her in a blanket and immediately handed her to me so we could have skin-to-skin as James snapped lots of pictures.

It was love at first sight. There was an immediate connection and I could never imagine my life without her again. A few minutes later, James cut the umbilical cord and I delivered the placenta. She was 3.5 weeks early but perfectly healthy. The first moments together were some of the happiest moments of our lives. I’m so thankful for our doctor and nurses who made sure that our baby girl was healthy. We still have no idea why or how my water became so low but we’re thankful that it was caught and that our beautiful baby girl was delivered safely. She is our pride and joy and we love her so, so much. 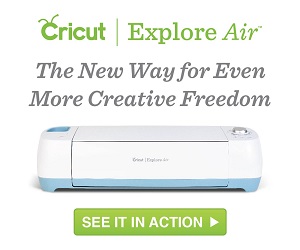